One frequently sees on the Internet various images purporting to be 'correct' for Macphersons, as well as various descriptions of our motto. Our object here is to provide access to accurate images which are correct to use, and explanations as to why others are not correct. The images are, in the main, high resolution; to download them, right click the image and select the 'Save image' item on the pop-up menu. The tartans are provided as a sett, i.e. a single complete pattern; for an area of tartan repeat the pattern a number of times. This, for instance, is how the Macpherson Hunting tartan surrounding this web site content is produced. Talking of tartan, the correct term is tartan not plaid. A plaid is a length of tartan worn from the shoulder to represent the original 'brecan mhor'.

It would be wrong if, at this point, recognition was not given to the debt Macphersons owe to the work and artistry of the Niagara Herald Extraordinary, RGM (Gordon) Macpherson, FRSA, FSA Scot, FHSC, of the Canadian Branch, who over many, many years has provided most of the symbols, images and arms used by our clan.

A word about variations in spelling

Before the time of Samuel Johnson in the United Kingdom and the Websters in America with their dictionaries, there was not a standardised or correct spelling of anything. Individuals when writing would use phonics (what they heard) to spell, and as a result names took on many variations. Letters exist from the 18th century where a name is written three different ways in the same letter by the same individual.

Because of that there is no 'correct' way of spelling Macpherson, it all depends on the specific family tradition; which itself can change over time. Macpherson, MacPherson and McPherson (and I have to say some others!) are found in all corners of the world (including Scotland) and are all correct. The Clan Macpherson Association takes its spelling from our Chief, and as such is used as the general spelling throughout these pages and our publications, but that is not to say that other forms are incorrect.

Arms are registered to a specific individual or organisation, and can only be used by the individual or organisation to whom they are registered. One often sees our chief's arms being used as 'Macpherson' arms. Their use by anyone other than our chief is incorrect. Just because a company makes money by selling an item bearing the image does not authenticate its use by Macphersons (or the associated families) in general.

In the same way the arms registered to the Clan Macpherson Association (as on the left of the page heading) can only be used in the course of the business of the Association. Being a member of the Association does not grant rights to use the CMA arms as personal insignia.

For a listing and images of the arms that have been matriculated by Macphersons, go to here

Often called the 'Macpherson Crest', this is the chief's crest (wildcat sejant proper) encircled by a belt and the motto 'Touch not the cat but a glove' written on it. It harks back to the day when a member of a clan in battle would wear his chief's crest strapped to his arm to identify himself as a follower of that chief.

It would be wrong at this point not to discuss 'the cat'. On commercially available items there are a range of different images, from a domesticated pussy-cat to something that would not look out of place on a pharoah's tomb! The cat should only be a Scottish wildcat, aka 'the Highland tiger', as shown on the image alongside. 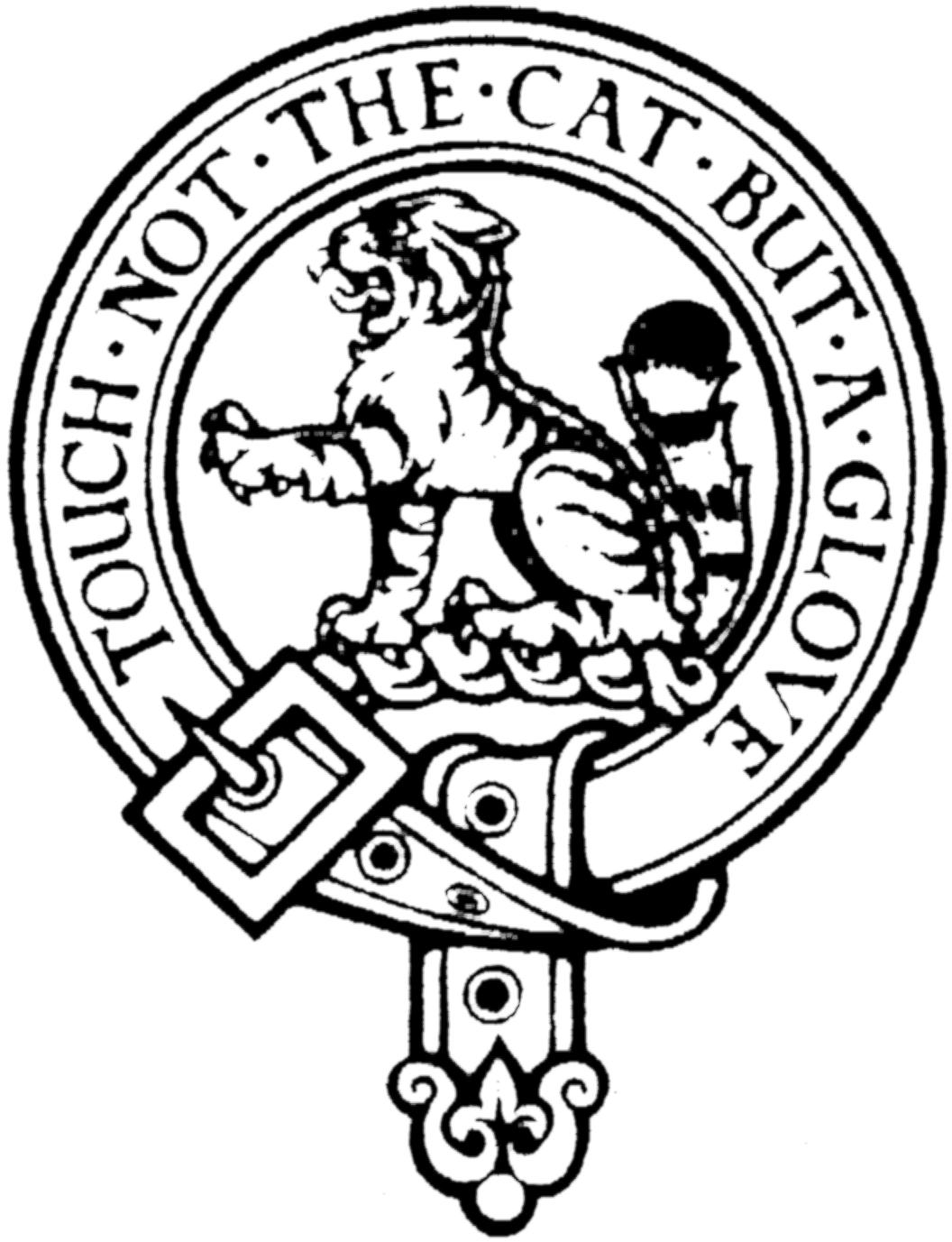 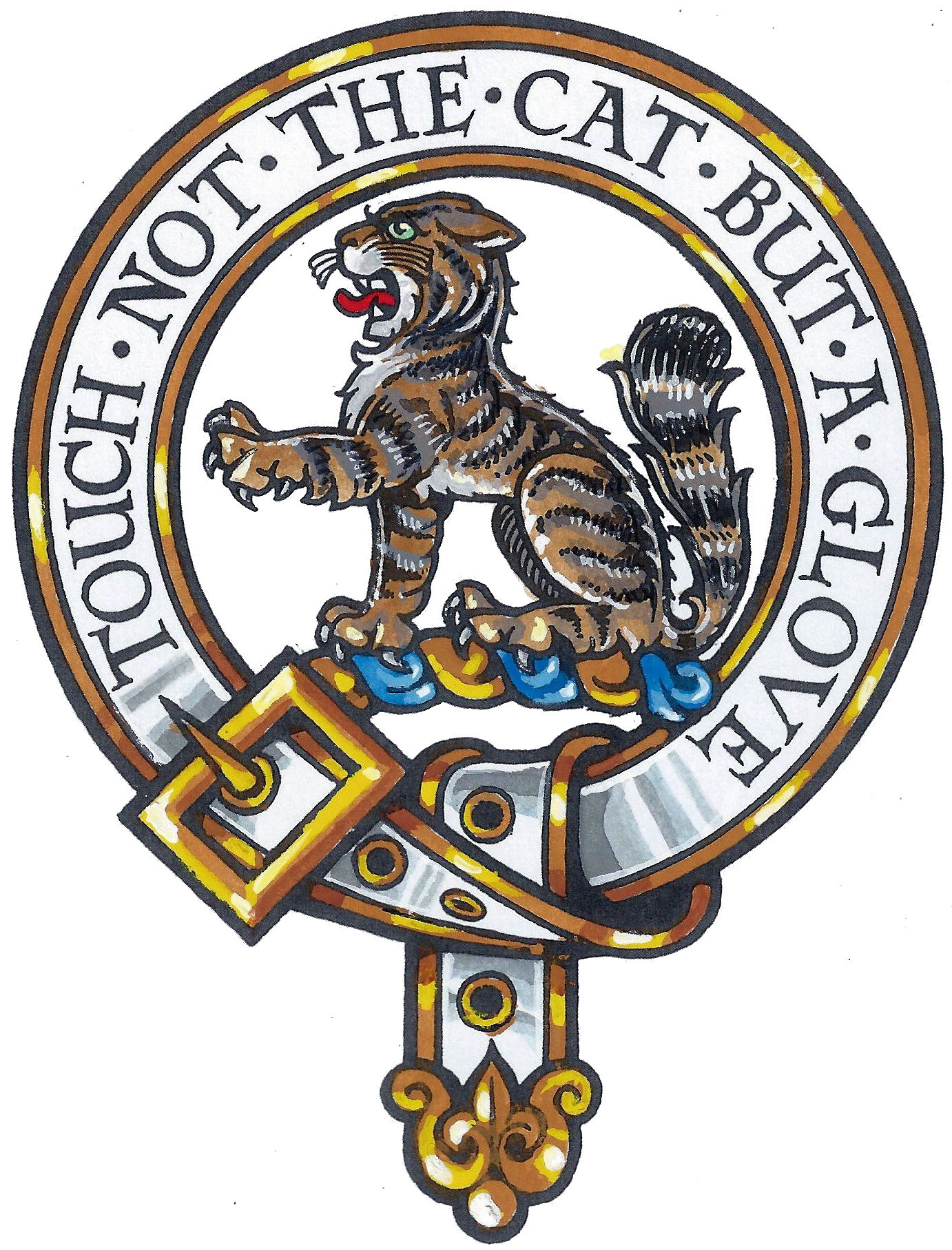 This motto is not unique to the Clan Macpherson: several of the other clans that emerged from the old Clanchattan and the later Clan Chattan Confederation also use this motto in one form or another. It may, however, have a different meaning for them.

Others believe that the motto means that one should not handle a wildcat without wearing a glove, but naturalists have testified that handling a Scottish wildcat - with or without a glove - is not recommended! A discussion developed on the Museum's Facebook page about the correctness or otherwise of the motto, several people stating that, because they had bought badges with different wording ('bot' instead of 'but') or different interpretations, that the foregoing must be wrong. The fact that a company has produced something and sold it to make money does not mean it is authentic! Our clan historians take precedence.

In the Gaelic our motto is 'Na bean don chat gun lamhainn.'

Today we recognise that the existence of the Scottish wildcat in the wild is threatened by the encroachment of civilisation on its habitat and cross-breeding with feral domesticated cats; we actively sponsor efforts to protect it. In addition we provide support for a family of wildcats that live at the Highland Wildlife Park in an environment that closely resembles their natural habitat. The Park is located just up the road from the Clan Macpherson Museum, at Kincraig. In 2003 our present mascot, Heather, gave birth to four kittens: Feshie, Tromie, Cullin and Clunie.

The badge shown is appropriate for wear by any member of the Clan Macpherson Association. 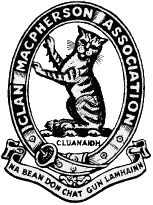 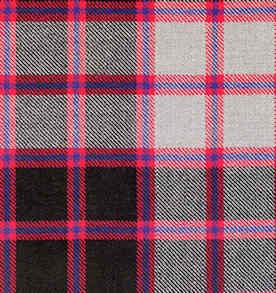 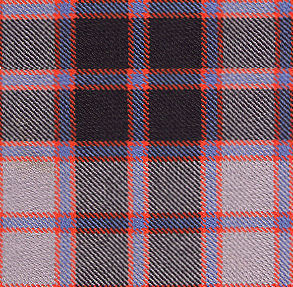 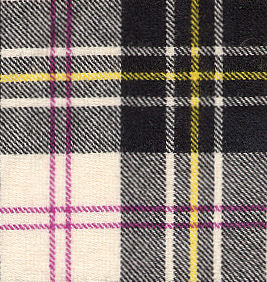 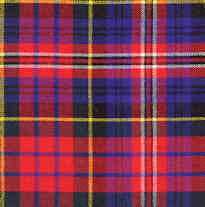 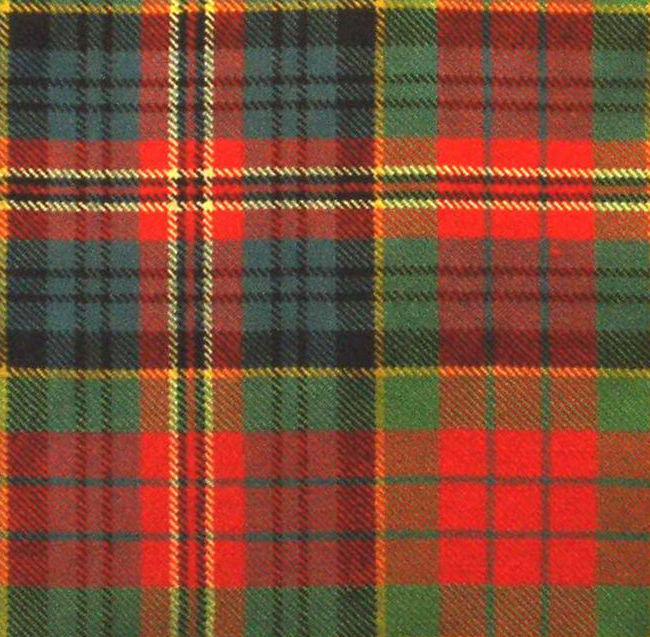